We had a great day with visitors and the inspirational dedication of a young lady that has been attending our services for the three months. J messaged us this morning to ask us if it would be terrible if she couldn’t make the services. Her grandmother refused to let her come to church as she was suffering with a migraine headache. J’s father suffers with migraines as well.  I was just so impressed with her desire to attend church despite the pain. I called her to relayed that we were praying for her and thanked her for her commitment. I told her, that if the rest of humanity were as committed as she is, we would have a much different world. God blesses faithfulness!  Please pray as God uses us to reach Wittenberg and the refugees that are in our area.

From Stranger to Beloved Friend

Today God allowed us to meet M… while gathering necessities for the apartment of one of our Syrian refugees. As I looked at the pictures on the wall in her hallway I began to ask about her grandchildren and in no time she disclosed that her 3-year-old grandson has leukemia. After we finished the business side of our visit, I asked if we might pray for J…. She tearfully agreed and we prayed for healing for J…. and strength for the family. She was so overwhelmed with thankfulness that she gave us both a big hug; from stranger to beloved friend in moments. How God can use us to touch others is miraculous!

For bodily exercise profiteth little: but godliness is profitable unto all things, having promise of the life that now is, and of that which is to come.   1Ti 4:8

Today, was the first day back to the gym in some time.  It was great to see the familiar faces and make new acquaintances.   As our workout time drew to a close, I had the opportunity to share Christ with the four people in the room.  The discussion was animated, positive and just fun.  They ask several questions and in the end one of the ladies ask where our church was located.

I love sharing Christ!  This workout was profitable!

Yesterday evening, after our teen activity, Chelli was taking one of the girls home.  During the return trip something “slipped” in the front end of our car.  Chelli, then took the rest of the girls home, but as she was leaving our drive, the front end made a terrible clunking sound.  She then came and picked up the rest of the boys and myself from the church.  I very carefully drove home, deciding to take a look at it in the morning light. 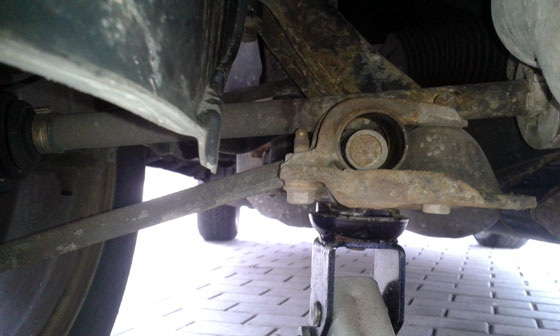 I went out to look into the issue the next morning to find that the lower A-frame bushing had worked it’s way out and the A-frame pin was free of the constraint that the bushing provides in the bracket.  There was no chance I was going to be driving it any further.  The chance that the other end would work it’s way out of the it’s bracket was just too risky.

Today, as I was leaving the hospital, I noticed a man sitting alone in the lobby.  It was obvious that he was a patient, so I ask him how long.  With a  humorous smirk he ask, “since or still”.  I opened the door a little wider with “since?” and then “still?”.  "Still" brought a more serious tone with “not sure” being the answer.

As the back and forth ensued, I sat next to him and shared my name and he, in kind, told me his.  So began a conversation with C.H. that opened memories of my father. You see C.H. has prostate and bladder cancer.

He told me of his operation and the uncertainty of the prognosis.  After he finished, I asked him if I could pray with him.  He flatly said, ”no” with the clarification that he did not prescribe to such a philosophy.  With a smile I retorted, ”but He believes in you.”  A smile returned to his face as we started to converse about life and death.  In the end, I told him I would be praying for wisdom for the doctors and healing for himself.  He thanked me and pleasantly closed the conversation with, “maybe there is a God and he does care about me.”

Salvation is from faith to faith.  Share yours today.  Who knows  a C.H. may just start believing.

God, Please Use Me Today!

I started my morning praying that God would use me today. I then sent a text to a friend who has grown to trust my relationship with God enough to ask for prayer for his father. Since I was going on hospital visitation, I thought, I could visit his father while I was there. He later called and stated that his reason for asking me was because I had prayed for him once and it had really helped the surgery and healing. It is so great to be used by the Lord to call people to faith! 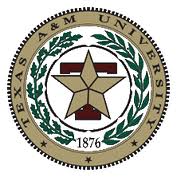 Had a great time showing a group of Texas A&M students the sites here in Wittenberg.   They were an inspiring group of young believers.  I am encouraged to see how God will use their lives!  A lot of fun.  Thanks guys!