The Key to the Human Heart

For years I have been going to the Hospital cafeteria praying and ministering to whomever the Lord sends my way.  I have met many different sorts of people with various problems, questions, and needs.  Usually, people are polite and open.  There are the exceptions.  The heart of man can be an open door or a vault locked as airtight as Ft. Knox.

This past week I experienced the miraculous opening of such a heart.  She is a middle-aged lady, I would guess mid 50’s.  I have tried on many an occasion to communicate with her to no avail.

There is an older gentleman, who in his glory days was a Fireman.  He comes in at least once a week and tells the same stories in a very boisterous and a bit boastful way.  In his 80’s, he is not as interested in his appearance as he no doubt was in his youth.

Before his arrival, I had once again attempted to make conversation with Mrs. Ft Knox.  She momentarily looked my way as you would if you heard a mouse scurry across the floor and then she went back to her cup of coffee.

Then the retired fireman busted in.  I invited him to sit and he started in.  I inquired about how he was doing since our last talk, but he had difficulty understanding.  Then it happened…Ft Knox spoke!  She quickly pointed out that his hearing was diminishing.  I thanked her, and raised my voice so he could better hear me.  The conversation went on until he ran out of his stories and he was off to his next stop.

Because I invited him to sit and made the effort to respect and care for an old fireman, Ft Knox opened her door ever so slightly.  Our talk made several turns around the state of humanity and then turned toward the uncertainty of life.  It was then that I was able to drive home the question of eternity and present Jesus as the door to eternal life.  The key to each heart is as different as the owner.

Please pray that the Holy Spirit will continue to give opportunities to see the seed planted, to be watered and to burst forth into salvation! 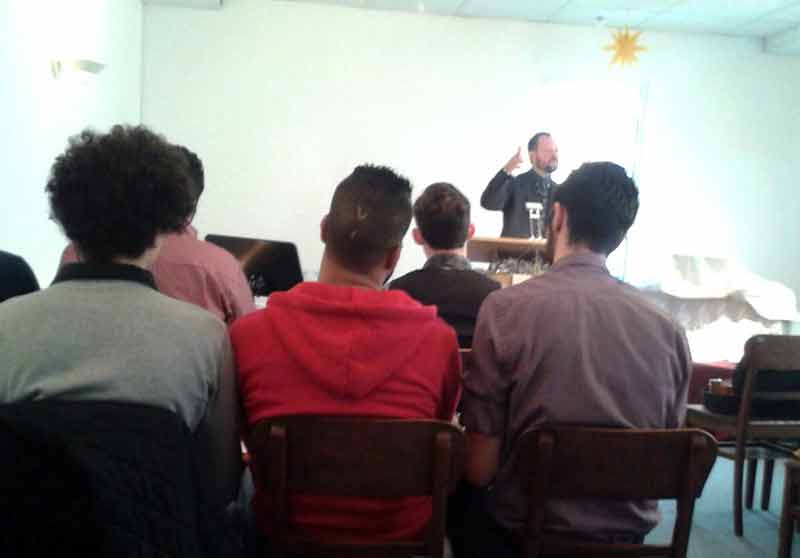 Our moving plans are still in the works.  Our hope is to make the transition in August before school starts, but nothing is definite yet.  There is much to plan and sort out.  Moving is an adventure in its own right. As with any move, there are many details to be worked out and extra expenses to be covered.  Please pray for wisdom as we work through the details.  If God would have you help cover the extra expenses during our move, we would be most thankful.