God, Please Use Me Today!

I started my morning praying that God would use me today. I then sent a text to a friend who has grown to trust my relationship with God enough to ask for prayer for his father. Since I was going on hospital visitation, I thought, I could visit his father while I was there. He later called and stated that his reason for asking me was because I had prayed for him once and it had really helped the surgery and healing. It is so great to be used by the Lord to call people to faith!

Most people have a need but don’t know to whom to bring it. They wish to express it to an open ear and an accepting heart. They are not always looking for a problem solver but a listener. If we can fill that role and nudge them to faith, we have conquered a big portion of the battle. Just to get someone to consider what God could do, is a incredible feat.

As I entered the hospital cafeteria, I scanned the room to see who the Lord might use me to touch today. I saw one man, but it just didn’t feel right. I got my coffee and as I rounded the corner, there sat a man that I later came to know as T…. I asked him if I could join him, stating that coffee tasted better with company. He happily agreed.

I started off with the weather and gardening to “prime the pump.” You often have to put yourself out there to get a bite. He soon opened up. He made it clear that he was not churchy and considered himself a heathen. I let that roll over me and continued the conversation.

You might ask, how did he know I was a Christian. A few years ago, I had  crosses embroidered in the middle of my colored T-shirts that I wear. You can’t imagine how that simple symbol preaches and opens the conversation up to spiritual things. No matter where the conversation goes, it calls to the cross.

He told of his three strokes, of his divorce and of his son. He simple talked and I listen. When the conversation grew sparse, I interjected new life and he unloaded more. In the end, I asked him if  I could pray for him and his son. He agreed. As I took his hand, he gave me a rich manly grip while I prayed for him and his troubled teenage son.

On the way out, I countered his earlier statement. I said, “T…, you are not a heathen, you are a searcher.” He replied, “maybe…and maybe, I will find Him.” I told him of
God’s promise to those who seek Him and mentioned what he had earlier stated about how his three strokes had given him a different perspective on life. “See, you’ve already made steps in the path to know God, that many have yet to make. He thanked me and we parted. I can only pray that my witness will continue to preach to his seeking heart. 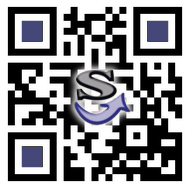 How is God going to use you today?

For more blessings about our ministry, please check out our blog at http://goo.gl/K7LsLX.

I encourage you to subscribe to our email updates. This was just a sample of what gets sent from our site. http://goo.gl/pym7x8.